Located on a peninsula hard along the Atlantic Ocean and bordered on the west by the Assawoman Bay, this popular family-oriented town provides plenty of things to do for both locals and visitors alike. From beach-related activities to kite flying to fishing to boating to golf, Ocean City has the summer fun all rolled up in one.

Up to eight million visitors are said to migrate to Ocean City each summer, making it quite vibrant and exciting for it’s visitors. The ideal times of the years for residents, however, are the shoulder seasons when the weather is still warm but the crowds are a little less hectic, especially along its three miles of downtown boardwalk. The town can trace its resort roots back to 1875 when the Atlantic Hotel, the first major hotel in the area, opened. Today, a year-round population of about 7,000 keeps things running up and down the nine-mile strip of oceanfront activity. Tourism over the off-season has increased in recent years with numerous special events taking place within the town during the shoulder seasons including Sunfest, Springfest, Bike Week, Cruisin’ Weekend, Winterfest of Lights and Reach the Beach. Golf communities have sprung up around the area, keeping things even more active once the beach crowd departs. There is also a horse race track including a casino at nearby Ocean Downs.

Ocean City is most recognizable by its city-like skyline, but don’t let that fool you. There are many residential neighborhoods constructed with high-end housing scattered around town as they too have become intermingled with restaurants and retail stores stretching all the way north to Fenwick Island, Delaware. Added up, Ocean City is truly set up to be a year-round municipality. 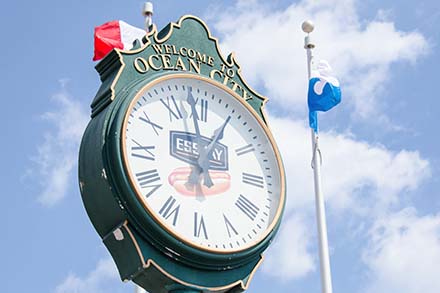 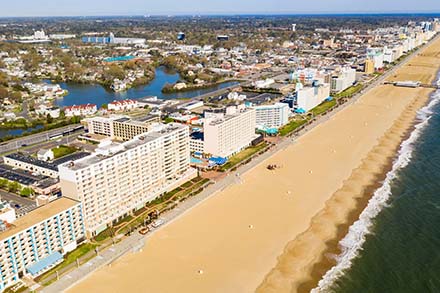