Located just outside the Capital Beltway along Connecticut Ave is Kensington, Maryland. Similar to Chevy Chase, Kensington offers an ideal commuting location into DC or to other surrounding areas including Northern Virginia via the Capital Beltway. Like many towns through the heart of Montgomery County, Kensington (and its accompanying Garrett Park) grew along the lines of the B&O Railroad. Eventually this once farming community evolved into a commuter suburb especially after the development of the Capital Beltway. Today Kensington is a self-sufficient neighborhood with commercial enterprises that include the popular “Antique Row” on Howard Avenue along with art shops, restaurants, supermarkets, auto repair shops and hardware stores. In keeping with its past, it also boasts a weekly farmers market near its still operational train station. The housing showcase in Kensington includes many beautiful homes and historic sites located near the Rock Creek Park along with a plethora of recreational activities including biking and running trails. Garrett Park, located adjacent to Kensington, is an offshoot of Kensington and is laid out as an English village with winding, tree-lined streets and a variety of housing types all its own. Garrett Park has a unique charm including its own train station. 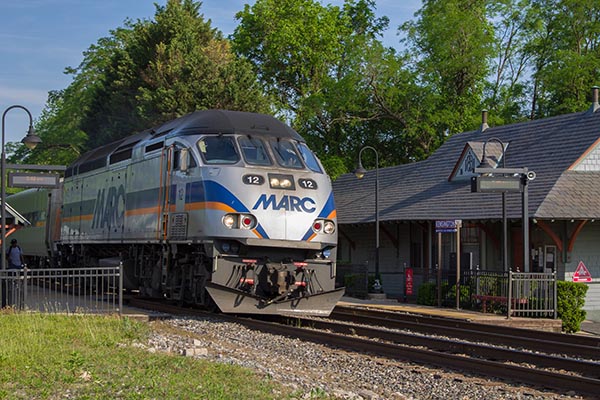